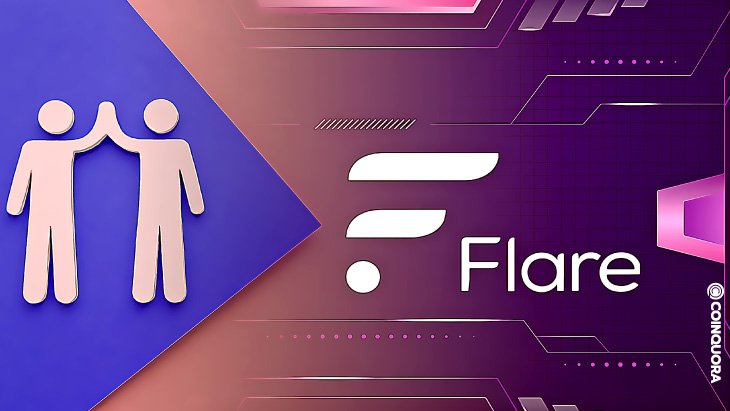 Flare, a highly decentralized smart contract platform that runs EVM on payment chains like XRP and Doge, has announced its partnership with Fan Controlled Football (FCF). This collaboration aims to power the league’s collectible NFTs and pave the way for a decentralized autonomous organization (DAO) voting platform–creating the first professional sports team that is controlled by a DAO on a blockchain.

The professional sports league FCF will mint and issue its very first commemorative Season v1.0 NFTs on Flare. Each NFT will contain a video clip of a significant moment from the first season.

Upon the start of Season v2.0, FCF will continue to save special moments and give them to dedicated fans through play-to-earn NFT drops. These NFTs serve as rewards for those who participated in drafting the players and calling the plays in real-time.

Aside from NFTs, Flare and FCF are setting the stage for a future expansion team wholly controlled by a DAO that will be built on Flare. Addedly, this partnership will also make Flare a league sponsor, giving the new network a brand new look during the FCF’s live and interactive games viewed by millions of fans all over the world.

Furthermore, CEO and Co-Founder of Flare Hugo Philion expressed his thoughts on the new partnership:

After the phenomenal success of season 1, we are absolutely thrilled to formalize our partnership with the global sports disruptors Fan Controlled Football. Utilizing DAOs and NFTs built on Flare means the relationship football fans have craved for years but the existing commercial model of sport prevented is now possible. Excitingly, season 2  will be exploding from Twitch into the metaverse and beyond. Passionate fans of American Football come and own your team and make your calls happen in real life.

We are incredibly excited to work with Flare and its team to explore all the possibilities the Flare network opens for FCF. Building on Flare allows us to tap into communities and ecosystems like XRP, DOGE, and Litecoin that were previously closed to the world of NFTs and blockchain-based play-to-earn gaming.