HSBC and Wells Fargo have announced that they will be settling some of their foreign exchange transactions through a blockchain platform. The two banks are working together to reduce the risks and costs associated with processing foreign exchange settlements.

The move comes across as a somewhat precipitous turn from the two financial institution’s previous stance on crypto and blockchain tech. Earlier this year, HSBC banned crypto for all of its clients, citing concerns of volatility and an over-hyped market. At the time, MicroStrategy stock was also banned.

Mark Jones, co-head of macro at Wells Fargo, claimed that this was the first instance of blockchain technology being used to settle live cross-border payments.

“We are pleased to announce that we will be utilizing blockchain technology for the first time in the settlement process of cross-border payments. We are extremely excited to be collaborating with HSBC on a project which places both organizations at the forefront of blockchain innovation. We believe this will be the first step of many utilizing transformative technology across our industry in the years ahead.” Jones stated.

HSBC will use blockchain technology to reconcile and pay out on deals in dollars, sterling, euro and Canadian dollars between the two banks. The new implementation means that HSBC will have to bypass CLS (Continuous Linked Settlement), a nearly two-decade old utility that central banks urge market participants to use to neutralize the risk of certain trade failures.

The entire process from when a trade is executed to when it gets paid out is much faster and cheaper with HSBC’s new blockchain technology. It also ensures that all parties can see where their trades sit in the queue in real time. It could potentially cut settlement risk and eliminate fees for firms trading currencies.

“We believe this will be the first step of many utilising transformative technology across our industry in the years ahead,” Jones opined.

Mark Williamson, global head of FX partnerships at HSBC, disclosed that the two banks were already in talks with financial market infrastructure operators for potential involvement.

“As financial services continue to digitize the store of payment and value on blockchain, we are delighted to work with Wells Fargo in the adoption of this important cross-border digital backbone for the confirmation and settlement of Foreign Exchange trades,” Williamson shared.

The technology is similar to “atomic swaps” on blockchains which works from wallet to wallet in true peer-to-peer transfers. The first recorded implementation of atomic swaps in the blockchain industry was done in September 20, 2017, in a cross-chain transaction between Decred ($DCR) and Litecoin ($LTC). This type of implementation is also prevalent in the Ethereum blockchain and it’s compatible layers. As implemented with HSBC/Wells Fargo, clients using their platform are enabled with capital cost savings by means of a reduction in credit risk, intraday liquidity requirements, and operational risk.

The decision is the latest illustration of blockchain technology infiltrating the $6.6 trillion-a-day foreign currency market, and redefining relationships between major investment banks and central banks.

In a related matter, the Swiss National Bank (SNB) and the Banque de France tested the first cross-border payment on a blockchain earlier in September as part of a series of projects derived from the Hyperledger Fabric 1.1, a collaborative cross-industry blockchain effort led by The Linux Foundation, with contributions from IBM, Intel, and SAP Ariba. The digital payment test saw the SNB handle first Swiss francs to an account at the Banque de France using HQLAᵡ’s ‘atomic’ Delivery vs Delivery (DvD) ownership transfers. HQLAᵡ is a financial technology firm built for financial markets.

While HSBC has had a rather insipid relationship with crypto and blockchain, Wells Fargo has been determined to crypto and blockchain space. Wells Fargo filed with the U.S. Securities and Exchange Commission (SEC) to register for a designated Bitcoin fund, based on a partnership with FS Investments and NYDIG (New York Digital Investment Group). Wells Fargo’s venture capital division, Wells Fargo Strategic Capital, later shared in investments to the tune of $60 million for Elliptic’s Seriec C funding round. 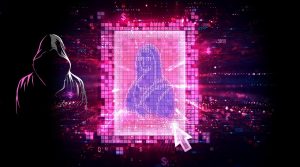