Is NFT music an untapped opportunity? 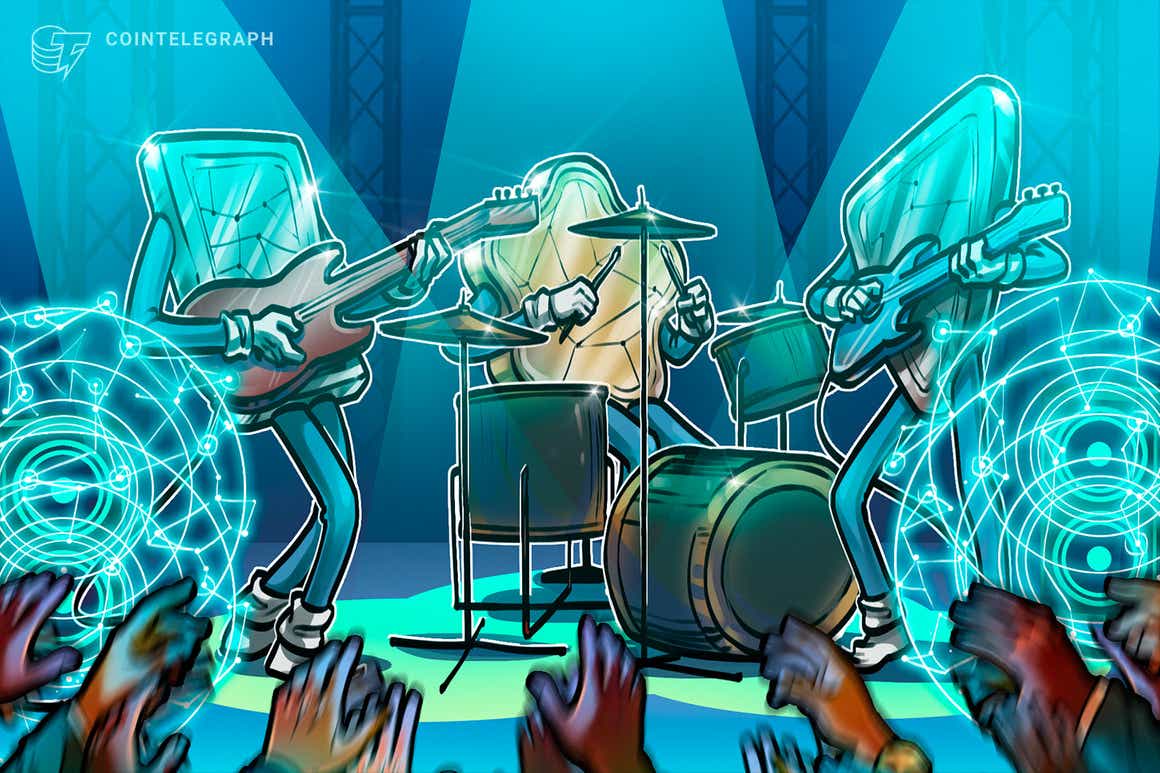 When people think of nonfungible tokens (NFT), the most popular collectibles such as CryptoPunks, Bored Ape Yacht Club and Decentraland usually come to mind. Beeple’s digital artwork that sold for millions will most likely ring a bell, and most recently, gaming came together with the Metaverse to usher in an altcoin season.

However, one particular type of nonfungible token that rarely gets looked at is music NFTs. With NFT sales raking in billions of dollars across other categories in 2021, music NFTs seem to have lagged behind.

According to Cointelegraph Research’s recent report, the global awareness of NFTs has increased over time. This is evidenced by the fact that the term “NFT” continues to trend upward in the volume of Google searches.

However, two surveys explored in the report reveal that many are still in the dark when it comes to these tokens. What’s more, many of those who had previously transacted with cryptocurrencies had no prior experience with NFTs. In one of those surveys, 57% of the respondents stated they had not used NFTs before, while only 3% used NFTs daily. Such data illustrates the market’s nascency.

Like NFT artworks, music NFTs have been touted as a revolutionary way for artists to connect with their fans and monetize their work. They embrace the concept of ownership, which has proven to be essential in building a loyal fan base. Tokenizing an artist’s work also makes it tradable, providing another way for them, along with their fans, to make money. Kings of Leon was the first band to release an NFT album, which generated about $2 million in revenue, marking one of the more successful music NFT projects.

Music NFTs also provide a much more cost-effective alternative for artists. For instance, music NFTs allow fans direct access to the artist’s music without needing streaming giants and record labels, which are known to take substantial revenue cuts. However, for most music lovers, particularly those not in the cryptocurrency space, the $9.99 price offered by streaming services is still a no-brainer, especially when Ethereum gas fees are factored in. In the music streaming arena, Spotify is the dominant force, with 32% of streaming subscribers worldwide opting for its platform. Apple Music comes in second with a 16% share.

Download the full report here, complete with charts and infographics

For artists who still depend on these platforms, NFTs serve as supplemental revenue, and some artists have generated decent sales numbers with their NFT collections. One example is 3lau, whose “Ultraviolet Collection” garnered $11.6 million in sales. On a per-Spotify-listener basis, 3lau’s NFTs are the most bankable. With 2.5 million listeners on Spotify, the total sales equate to about $4.64 per fan. On the other hand, A$AP Rocky’s “Rocky Gateway” didn’t see the same success, with just $200,000 in sales. A$AP Rocky’s 17 million subscribers on Spotify would mean that the NFT sales translate to only $0.01 per fan.

While the data above shows the success of an artist’s NFT collection relative to their Spotify fanbase, it doesn’t reveal how far behind the sales of music NFTs actually are. Looking at just the top 10 music NFTs on OpenSea, only about 223 Ether (ETH) ($835,000 at the time of writing) in sales was generated from Nov. 14 to Dec. 13, making up only 0.03% of OpenSea’s 30-day sales volume. Bored Ape Yacht Club had far better sales over one month, with 42,956 ETH ($161 million) — compared with the all-time volume of 6,396 ETH ($24 million) of the top 10 collections in the music category.

The paltry sales on OpenSea can mean one of two things: Either this use case has yet to make its mark or NFTs are just not a suitable medium for music. However, a platform that offers royalties for fans could help music NFTs gain more traction. 3lau announced a new blockchain-based music platform, Royal, back in August. The platform has already attracted $16 million in seed funding from investors like Paradigm and Peter Thiel. Royal will enable fans to be part of the success of their favorite artists by allowing fractional music ownership through its version of NFTs.

Introducing a royalty-sharing model coincides with most users’ interest in NFTs. According to the surveys reviewed in Cointelegraph Research’s report, the reason many users purchase NFTs is financially motivated. This is akin to the way the play-to-earn model brought significant growth to the gaming sector, where games like Axie Infinity have thrived. Aside from the monetary incentive, Royal can also pave the way for other models to emerge, ones in which fans can fully finance an artist’s new album.

Earlier in December, Saxo Bank made a bold prediction about the future revenue of streaming services. The Danish investment bank has a particularly bleak outlook for Spotify in 2022, as it believes that NFT-based platforms will cause a paradigm shift in the music industry. While a drop in revenue could be likely, it might be hard to imagine so presently, considering that the company continues to pile up more revenue.

Still, one thing is for sure: Artists will go where it makes the most financial sense. Whether they find that with NFTs or somewhere else, the deal that will let them maximize their earnings will ultimately prevail.

Cointelegraph’s Market Insights Newsletter shares our knowledge on the fundamentals that move the digital asset market. The newsletter dives into the latest data on social media sentiment, on-chain metrics and derivatives.

We also review the industry’s most important news, including mergers and acquisitions, changes in the regulatory landscape, and enterprise blockchain integrations. Sign up now to be the first to receive these insights. All past editions of Market Insights are also available on Cointelegraph.com.