The Secret to Creating the Number 1 Game-Fi Project 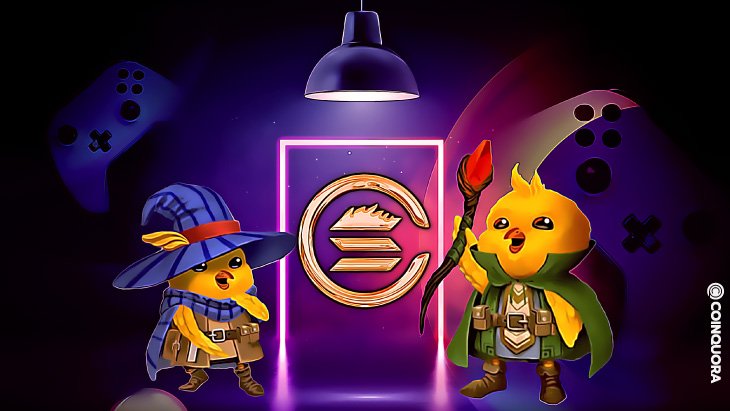 As 2021 draws to a close and we look back on the milestones that the year has brought us, it’s hard not to be left a little speechless with the heights and boundaries that have been broken. BTC, the grand dame and herald of all thing’s cryptocurrency, entered the year with a roaring bullrun that apart for a skint 4-month period, stayed at all-time highs for most of the year. On the other end of things, meme coins became a thing, causing some more salient and sober voices in the industry to consider whether the asset class had become a bubble.

By all accounts and consensus, 2021’s advances would indubitably have to be hallmarked by the rise of non-fungible tokens and their acceptance throughout the space and like all things crypto, what started off with raised eyebrows and small tokens have now turned to serious money with someone paying $69 million for one. Given the aesthetic of NFTs and the demographics of the crypto community, it seemed inevitable that these would converge into games and we’ve seen Axie Infinity pave the way as a pioneer in proving the model of sustainable growth through Play-to-Earn gaming. It’s not lost to me, even as a person in his 30s (a veritable dinosaur), that we’re at the cusp of something special; that this to me is the convergence of social media, MMORPG gaming and with the introduction of earning, I can’t help but feel that this could be as revolutionary to gaming itself as was the first time I organised a LAN party in my parents’ garage.

The implications of P2E gaming are profound and games like Axie Infinity are simply the “Pong” of the next generation. Seeing significant uptake from countries where the local currency is considered unstable with inflationary risks and concerns, these games are now providing a form of income provision which has contributed massively to the rate of user growth in these projects. Now imagine the implications of that with a project as culturally significant as “Players Unknown:Battlegrounds” or “MapleStory”. Imagine the impact a game like that would have.

Regardless of whether you’re a crypto bull or bear and you could be either a hawk or a dove on the concept of the metaverse, it’s always good to see when a groundbreaking new project opens your mind to the possibilities that are out there and none are blowing my mind more than Solchicks. It is without a doubt the most anticipated game of 2021 and quite frankly, I don’t see anything else on the horizon that could possibly take the title of #1 P2E game of 2022 away from it. A quick review of the gameplay trailer and concept shows that this is a legitimately good game; even without the P2E implications or the fact that it’s built on the Solana blockchain network. With graphics that are reminiscent of modern RPG games such as DotA and an incredibly intricate ecosystem that allows you to personalize your Solchick with different traits, equipment and the ability to even breed them for more Solchicks! And that’s without even delving into the gameplay itself with co-op, raids, PvP matches in teams or solo and a rumoured battle royale mode, it wouldn’t surprise me if Solchicks is the project that takes P2E gaming into the mainstream and possibly even become a cultural icon.

But what makes this project so exciting and interesting to me? I’ll list the reasons below.

With all that said, the most important aspect of any game or project isn’t necessarily the graphics or the gameplay. Solchicks is aware of this and they’ve thrown some pretty serious efforts towards ensuring that the game will be a success and has the distinction of becoming the #1 P2E Solana based game in 3 months. How did they do this? In a single word, the answer would have to be community. The success of any social media website, multiplayer game and marketplace has always inherently been their user base and community and I don’t think even cryptocurrencies are capable of breaking this rule yet.

Community sentiment will tell you whether a project is likely to be successful given that projects require trust to operate successfully and to demonstrate how much trust is placed in the team. Projects with rapid organic growth on social media, doxed team members who are able to be contacted directly and a community who is behind them via launchpads or sought after allocations are all healthy indicators that a project is a measure of confidence behind the team. Keeping community sentiment is the key to any game project and this requires a humongous amount of trust in the team.

Solchicks delivers this in spades and this is shown by the insane growth of the community (refer below) to see some of the statistics from its social media pages. Even doing a search on Twitter or YouTube on Solchicks shows just how much excitement there is behind this project with significant key opinion leaders achieving an uncommon consensus with the amount of positivity towards this project. A cursory glance of their social media commentary shows a high degree of organic excitement, with users commenting their excitement and their Telegram flooded with questions on how to buy tokens on their launch scheduled for December 13.

All of the above however is all very well and good but how do we know this project will come to fruition? After all, I’ve lost count of the number of trailers I’ve watched only to find the finished result to be a little disappointing. The answer is as with all things, the team behind the project. In a world of crypto where decentralization is the prize and anonymity is the goal, the team behind Solchicks made the unusual decision of doxxing themselves and made their information public.

With videos readily available that showcase the team’s credentials, interviews with the CEO and COO are also online and it’s always great to lift the veil and get to peek behind the scenes. Impressively credentialed with resumes that are storied enough to make even the most brutal tiger parents blush, their CEO William Wu hails from McKinsey and then a career in private equity at Oaktree Capital, whilst in the process of getting his MBA from none other than the Wharton Business School. Lewis Grafton, the COO, most recently steps in from a career with Bain Capital, Houlihan Lokey and a host of other investment banks. A quick glance at some of the other team bios also show that quite a few of them have significant work experience in investment banks and other high finance outfits.

It’s not a far cry to suggest that in a time where demand for top talent is at all time highs and white collar firms everywhere are paying through the nose for people with these skillsets that many of them have quit their lucrative careers to join Solchicks full time and by bringing the best talent from around the globe together, it’s not hard to see how Solchicks is enjoying this level of success.

Which brings me to my next point; having such a traditionally white-collar team, one would expect certain behaviours from them. In spite of that, this bunch of plucky professionals have come together and decided to break the mould on crypto projects and do things in a truly unconventional manner.

This is exemplified in their decision to launch Solchicks on the Solana platform instead of Ethereum where most of the P2E action is taking place. When inquired as to why this was the decision, it seems almost obvious in hindsight. Given how congested the Ethereum network is and how high the gas fees are, using Solana with its much faster transactions and efficiency is a no brainer. This battle between Solana and Ethereum is playing out in the wider crypto space too, with many industry experts postulating that Solana will eventually eclipse Ethereum due to its structural advantages.

Another example of being unconventional is by launching on… 30 launchpads. That’s right. Where other games have launchpads in the single digits, Solchicks has decided to go in with all guns blazing and it looks like it’s paying off for them! Having this many launchpads has given them access to new and different communities along with an exponentially increasing amount of marketing support and for community building.

Will all this pay off for them? Will the launch be a success? I certainly think so for the reasons above and from the chatter on social media, it seems a lot of people agree with me. That said, don’t take my word for it. Test the community’s confidence in the team by assessing the team’s execution of their promises. With a playable demo and incredible gameplay videos on their website, the Solchicks team invites you to be the judge.

I know all I want for Christmas is a Solchick allocation. 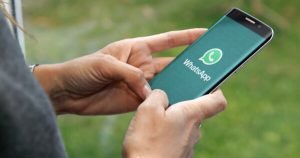 Read More »
PrevPreviousImmersive Metaverse Where Technology Prevails
NextWikiLeaks Has Received $2.2 Million Worth of Donations in CryptoNext