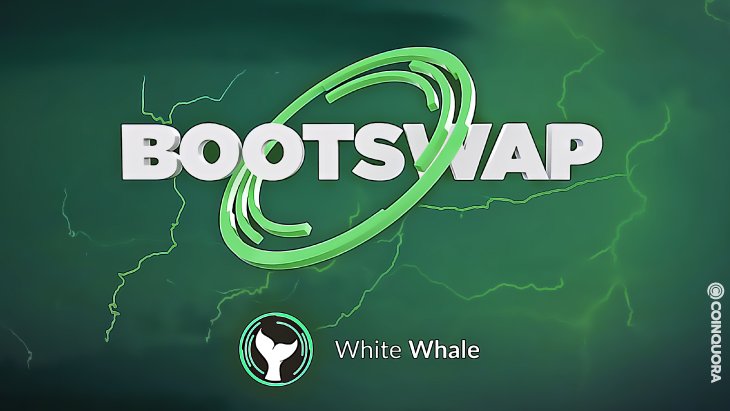 The DeFi world has proven to be the revolution the crypto space has been searching for in a while. In a short period, DeFi brought with it more innovations such as the Liquidity Bootstrapping Pools (LBP’s) which has to be one of the fairest token distribution models, and Protocol Owned Liquidity (POL) that is arguably the DeFi tag line of the year.

This week, DeFi has warmed up to yet another step towards making crypto not just for the whales but also for all. For the first time, LBP and POL were tried together on a larger scale, in as much as respectively, both have been widely adopted this year.

In particular, the White Whale team merged these two concepts and leveraged an LBP to bootstrap their protocol-owned liquidity pool. But, instead of using the LBP launch mechanism which was initially used by Balancer as a fundraising mechanism, they opted to make some adjustments to it.

At this point, they modified the contract to withdraw all of the capital at the end of the event direct from the LBP contract to White Whale’s Treasury. Thus, guaranteeing that none of the money was claimed by the team or developing entities. In place of that, it instantly became what is referred to as POL, or Protocol Owned Liquidity.

Moreover, after seeing the result the experiment was an unparalleled success, the team called the event “THE BOOTSWAP.” Without fake price manipulation and bot interference, every retail investor who wanted to participate was able to buy WHALE at fair IDO price levels on the first days of trading.

What’s more, the protocol was able to launch with a liquidity pool worth over $20 million and an additional $6 million-plus UST all owned by the Protocol Treasury from the BOOTSWAP. Furthermore, White Whale will not have to rely on token emissions to mercenary LP farmers as a means of renting their liquidity pool since it owns their entire liquidity pool from the very beginning.

Since the event, the White Whale team already announced that as they were able to accumulate a deep enough protocol-owned liquidity pool from the BOOTSWAP, they now have no immediate plans to incentivize LP farming, meaning the White Whale protocol will be a zero-emissions protocol from the beginning.

Most of all, the team has also signaled that because the Treasury owns virtually their entire liquidity pool, not only will they not need to rely on emissions for liquidity, but they are also able to and are currently engineering a model that will maximize the capital efficiency of the POL that will put constant passive buy pressure on the pool.

Further, because White Whale will own its liquidity from its inception, they are methods we are currently engineering to maximize the capital efficiency of the Treasury’s LP tokens and apply constant passive expansion pressure on the pool, more details on this to follow.

As the full details will be announced soon, the team says they are going to put their LP capital to work and earn yield from it.  As the project owns its own liquidity,  they can do anything with it to make it more efficient, in the same way, users would with any DeFi asset that they own.

This means instead of constant sell pressure on the token from emissions, now it will have constant buy pressure, due to owning its liquidity pool. Clearly, the BOOTSWAP has set a new standard not only for fair token launches but also for Protocol Owned Liquidity best practices.