WikiLeaks Has Received $2.2 Million Worth of Donations in Crypto 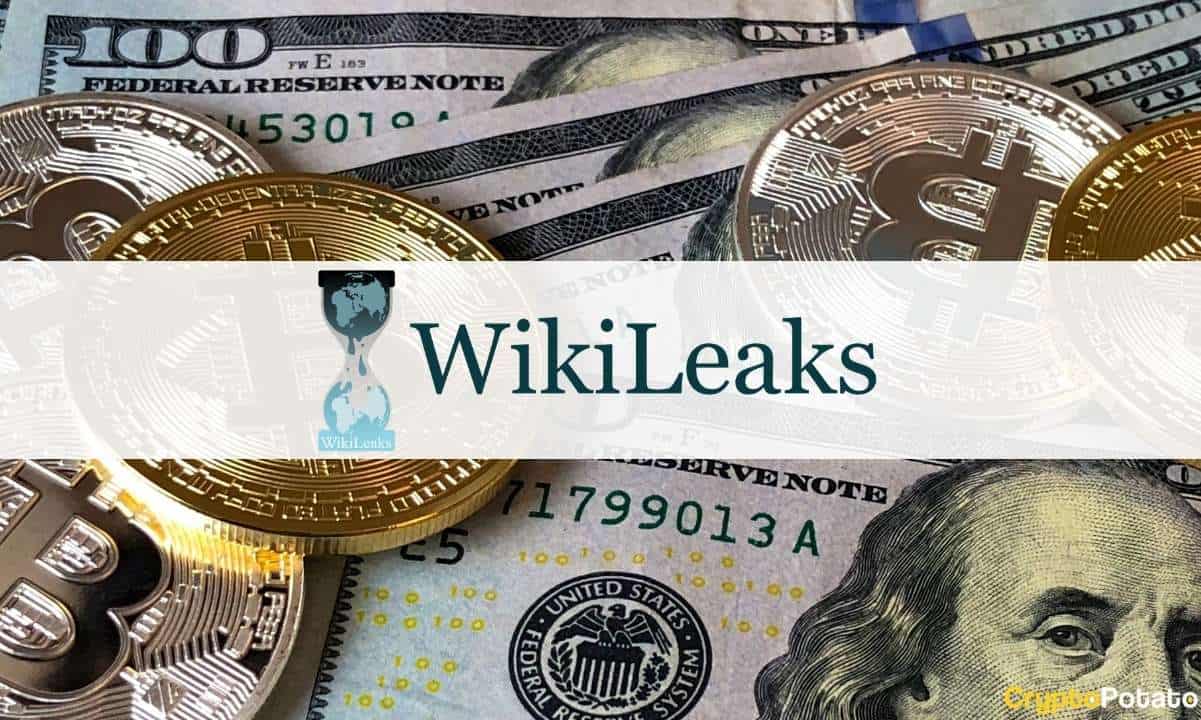 WikiLeaks is one of the world’s most famous organizations. In its essence, WikiLeaks is an international non-profit organization designed to publish news leaks and classified media provided by various anonymous sources.

It was founded back in 2006 by Julian Paul Assange – an Australian activist, publisher, and editor. He was arrested in 2019 in London, facing a charge in the United States of conspiring to hack into a Pentagon computer network in 2010.

Since WikiLeaks is a non-profit organization, it’s sustained by the donations of individuals or entities who support their cause and operations. However, because they had published very sensitive information on a number of topics, plenty of providers have blocked payments to the organization. These include Visa, MasterCard, AmEx, and so forth.

This is why they’ve turned to the one form of currency that is impossible to censor – cryptocurrency.

According to the official website of the organization, the currently available options for donating crypto to WikiLeaks include Bitcoin, Bitcoin Cash, Litecoin, ZCash, Monero, and Ethereum.

Let’s go ahead and take a look at each of the provided addresses to see how much money WikiLeaks has received to date.

The Bitcoin address has received a total of 30.45 BTC, currently worth $1.51 million. At the time of this writing, the final balance sits at slightly below 9 BTC.

The Litecoin address has received a total of 163.07 LTC, which is currently worth around $25,680. None of the coins has been moved so far.

The ZCash address has received a total of 84.01 ZEC on its transparent balance, and none of it has been used. This is currently worth around $13,800.

The Ethereum address appears to be the second most preferred donation destination as it contains 145.45 ETH currently worth around $587,883.

We were unable to track how much XMR (Monero) the organization has received. Interestingly enough, though, someone also donated 1 CryptoKtties NFT.

The sum of the above number is a bit more than $2.2 million.

Back in 2017, the founder Julian Assange claimed that WikiLeaks had made a 50,000% return on Bitcoin after investing in the cryptocurrency back in 2010.

Interestingly enough, the tweet that claimed this was posted in October 2017 when Bitcoin’s price was sitting at around $5,000. Later that year, this number would have been something closer to 200K% ROI, given that BTC peaked at around $20K back then.

Today, the ROI would be even higher as BTC is currently trading at slightly below $50K.

Elsewhere, it was reported earlier today that Assange had a stroke in the Belmarsh prison – a maximum-security jail where he is being held on remand.